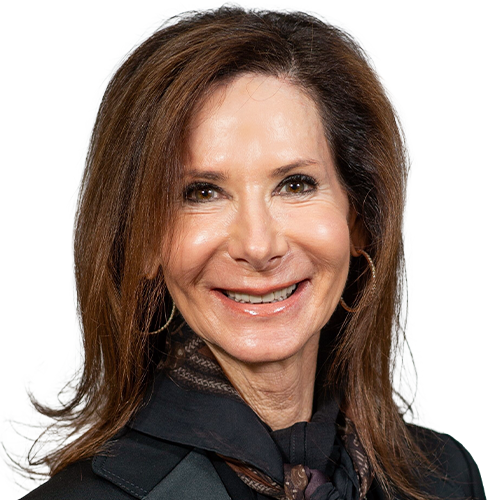 “Stay true to yourself.”

She describes her career start as happenstance. Looking for a job after college in 1982, Leslie Schwartz applied to a Wall Street firm and was hired as a broker’s assistant. Despite having no knowledge of securities, she loved the work and over time became a broker herself and a 34-year partner of the man who hired her. They grew their team, adding two more female advisers, while the firm around them was acquired and renamed, and then moved to J.P. Morgan Securities in 2009. In October, she and her all-woman team, the LSS Group, moved to RBC. She bases her team’s success on listening. “We don’t know what people want until each feels free to tell us about their near- and long-term objectives.”

With a niche in the entertainment business, Schwartz has many clients in Nashville, Tennessee, where her group recently teamed up with an organization that provides resources to children and their families via public schools. Her firm also provided the initial sponsorship for an all-women singer and songwriter collective, the Song Suffragettes.