When it come to the C-suite, how many women are enough?

Two milestones for gender representation in corporate leadership have emerged as the first and key criteria: 30% and 50%.

The first reflects the undisputed dynamic that a minority must make up a third of a given group before its members are heard on their individual merits. When any identity — gender, race or other — is represented by less than a third, members of that minority are assumed to be speaking for the minority. But sociological research repeatedly validates that when any underrepresented group rises to about a third of a group, dynamics change and each of those minority members is viewed by others as speaking from their own qualifications and experience. Women are more powerful as individuals when they comprise a super-minority.

The second milestone is gender equity: 50% of senior executives. Women make up about half of the U.S. workforce overall, more than half of college graduates, and about half of the employees in management and professional occupations. But women are scarce in the C-suite, holding only 22% of those positions at financial services firms, according to longtime research and advocacy nonprofit Catalyst.

These two milestones frame the qualifications for the InvestmentNews Ascension award, which recognizes the straightforward achievement of women comprising at least 30% of a winning organization’s C-suite, up to full equity, at 50%. This merits recognition because it is so rare and because it is so powerful. 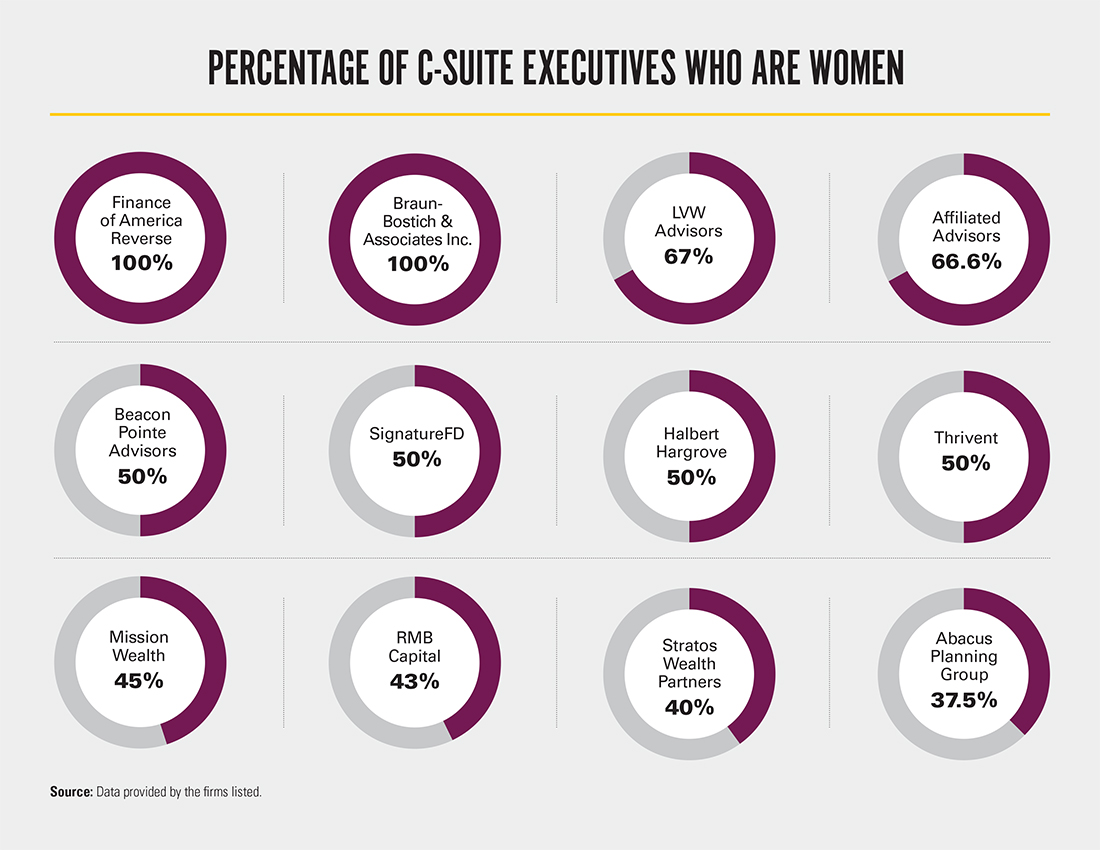