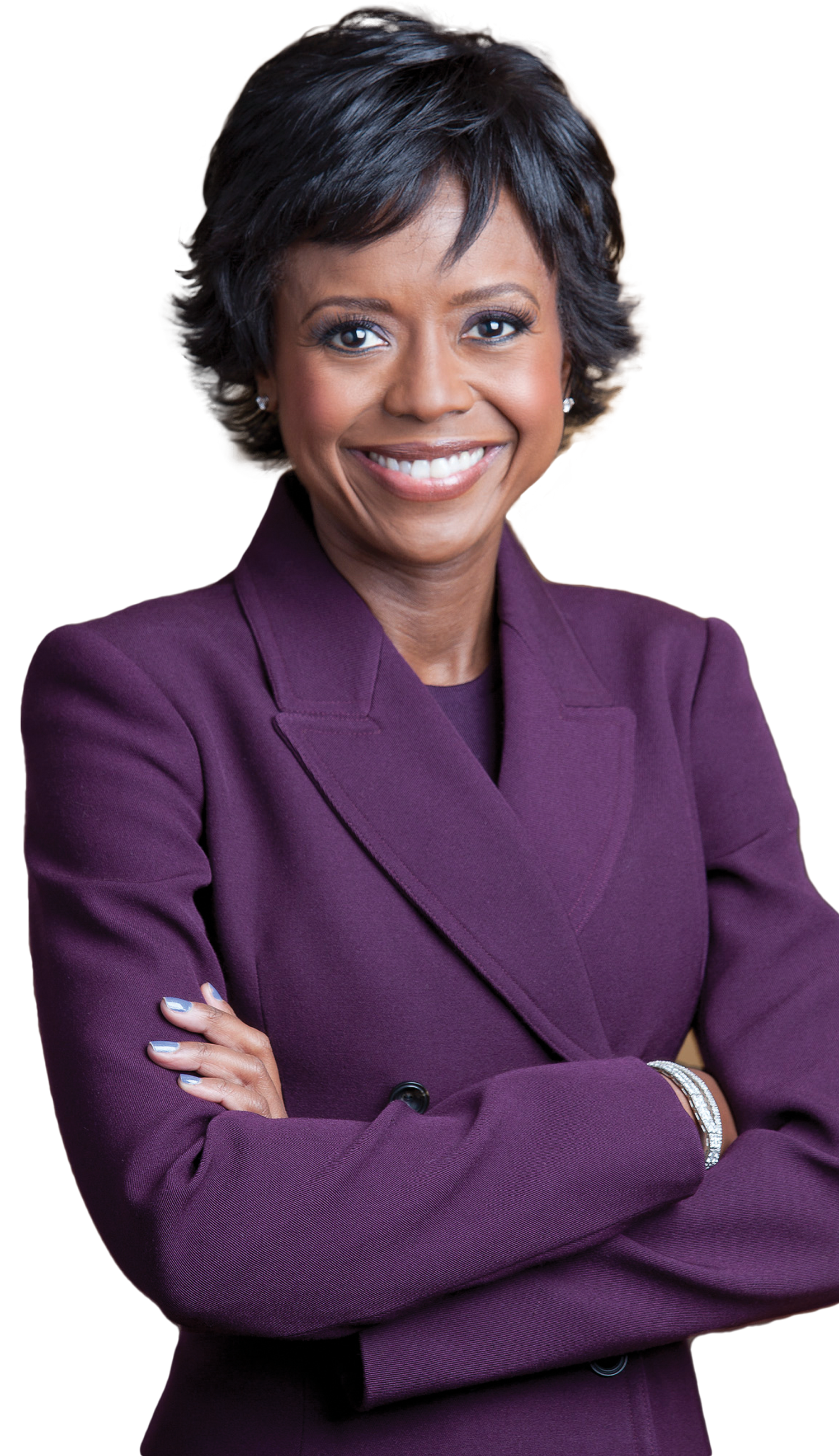 Mellody Hobson has shattered so many ceilings that you could practically hear the sound of glass hitting the floor as she graciously walks by.

It’s no surprise. As co-CEO of Ariel Investments, one of the largest Black-owned money management and mutual fund companies in the U.S., Hobson oversees more than $13 billion in assets alongside John Rogers Jr., Ariel’s founder and co-CEO, who has been Hobson’s mentor and partner for some 30 years. She also chairs the board of trustees of Ariel Investment Trust, the company’s mutual funds unit.

But Hobson’s resume doesn’t stop there: She’s vice chair of the board of Starbucks Corp. and a director of JPMorgan Chase & Co. Previously, she served as a director of Estée Lauder Cos. and chair of DreamWorks Animation, where she played a major role in its 2016 sale to Comcast Corp. for $3.8 billion.

Besides serving on high-profile boards, Hobson and the Hobson/Lucas Family Foundation — one of the many organizations she spearheads with her husband, filmmaker and “Star Wars” creator George Lucas — made the lead gift in October to establish a new residential college at her alma mater, Princeton University. Hobson, class of 1991, is the first Black woman to have a residential college named after her in Princeton’s 274-year-old history.

In 2020, Hobson adds yet another honor to the list: winner of the Alexandra Armstrong Award for Lifetime Achievement, part of InvestmentNews’ Women to Watch initiative. As one of the most successful Black women in financial services, Hobson’s unapologetic authenticity is a beacon for all women striving to overcome barriers in the white-male-dominated world of finance.

“I always have been willing to speak my truth,” Hobson said. “Sometimes people think by being quieter or accommodating, they take the path of least resistance. It was just the opposite for me — by putting myself out there, I was able to speak with a unique voice that allowed people to take notice of it, even if they didn’t agree with me.”

What Hobson’s career has done is plant a well-established seed for women and people of color to see that they, too, can reach success beyond societal constraints. But dwelling on struggles is not Hobson’s way. Instead, she looks forward.

“I try not to belabor the obvious points about the issues people of color and women confront in this industry,” she said. “The more important thing is how we can overcome them and what kind of opportunities we can create for others. That seems more relevant right now on the heels of Kamala Harris.”

Hobson’s words echo a call to action from Vice President-elect Harris, who, in her acceptance speech earlier this month, emphasized that she’s dedicated to ensuring more women follow in her footsteps.

“I continue to ask myself: ‘What can I do to bring others along? What trees do I plant?’” Hobson said. “There’s that old saying: ‘You can’t be what you can’t see.’ There’s some truth to that.”

HARD-EARNED SUCCESS
Every bit of Hobson’s success is earned. Her upbringing wasn’t charmed or privileged; she grew up in Chicago, the youngest of six children raised by a single mother. Money was always tight. Hobson, 51, said she feels she was meant to be in the investment business because growing up, she was desperate to understand money. That tenacity drove a stellar academic record that garnered offers from top colleges, including Harvard University. She was going to go there but met Rogers, now 62, who was volunteering at Princeton Schools Committee, a program where alumni interview prospective students.

“When I met her, she was just 17 years old,” Rogers said. “We had a big dinner for all the admitted students after everyone gets their acceptance letters. It was so clear at an early age she was going to be something special.”

After graduation, Hobson joined Ariel as an intern and worked her way up the corporate ladder. Prior to being named co-CEO in 2019, Hobson served as president of the firm for nearly two decades.

At Ariel, Hobson is the architect of the firm’s mutual fund and international strategies. She attracts top diverse talent and consistently has an eye on more opportunities for success, Rogers said.

“She’s fearless and has faced a lot of discrimination in her pioneering role at Ariel,” he said. “There’s been so few African American women to be successful in money management.”

Hobson has also been instrumental in navigating crises alongside Rogers. “There’s no one you want in your foxhole during tough times more than Mellody Hobson.”

And she’s the hardest worker in the room. “She’s a seven-day-a-week, morning, noon, night person — she can outwork anyone,”  Rogers said.

That work ethic comes from Hobson’s insatiable focus on preparedness.

“There’s nothing magical about what I did,” she said. “I tell people this all the time, I just wanted to do excellent work. I’m more confident when I am well studied in my subject matter. I’m able to exude confidence by being prepared. I think that makes a huge difference.”

ACTION OVER WORDS
Throughout her career, Hobson has advocated for real change in terms of gender, race and economic inequality in the financial services industry. For example, Ariel Investments partners with Russell Reynolds Associates to bring together leading Fortune 500 Black and Latinx directors for the Black Corporate Directors Conference.

“We focus on what we call the ‘three P’s,’ which are people, purchasing and philanthropy,” Hobson said. “As Black and brown directors, we need to make sure that the civil rights agenda is in the boardroom.”

To that end, the organization holds members accountable around the idea of measuring representation within companies by ethnicity.

“We really reject the idea of one multicultural umbrella that stands for diverse people,” Hobson said. “Measuring by ethnicity helps you to see who is underrepresented.”

Hobson believes companies should come up with processes to prove diversity by metrics and not just words.

“Math has no opinion,” she said.  “We need to have the right incentives in place that reward the outcomes that we want to see happen. If we want to move the needle on diversity, we need to have incentives related to earnings or profitability around that issue to hold individuals accountable.”

The directors also discuss purchasing. “Instead of using last century’s concept of supplier diversity, we talk about business diversity, and looking at your corporate spend across all categories to see how inclusive you are of minority vendors, minority firms and the like,” Hobson said.

The last factor is philanthropy. “We want to make sure it’s not the tail wagging the dog,” she said. “We absolutely want to make sure philanthropy is fair and equitable and the philosophy of the company is inclusive in and of itself. But we also want people to understand that a donation doesn’t fix internal problems.”

“The racial and social unrest that we’ve had in America, I believe, is directly correlated to economic inequality, and the disparity in wealth in this country,” she said. “Financial literacy is the silver bullet that is key to unlocking a whole host of issues in this country.”

Hobson’s temperament is direct and genuine. And despite her massive level of success, it’s easy to hear in her voice the tenacious dedication and drive to keep growing. Her characteristics have garnered attention from renowned figures including Warren Buffett, Oprah Winfrey and Bill Bradley, the former U.S. senator from New Jersey and Hall of Fame basketball player.

Bradley met Hobson at a breakfast of Chicago’s elite business leaders. “I spent the whole time talking to this young woman, and no time with the business executives,” he said.

“She was really the core of the operation,” he said. “I saw her ability, attentiveness, persistence. Other people would try to take credit, but I knew who was doing the work.”

At Hobson’s wedding, it was Bradley who walked her down the aisle. Like a proud father, he explains that even though Hobson is driven by work, she’s focused on her family and her 6-year-old daughter Everest.

“With George, Evie and the family, she’s just an extraordinary person who also has her priorities right,” Bradley said. “She’s just beginning, she’s far from reaching her peak.”